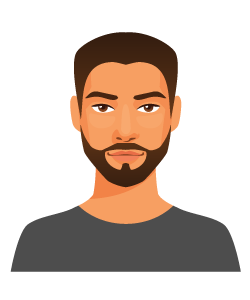 Australia is a country made up of many different cultures. For example, approximately 12% of Australia's current population is Asian-born people. It is important to remember that each culture has its own set of behaviour expectations at gatherings such as funerals. So, the next time you attend an Asian funeral, remember these four etiquette facts to avoid offending the feelings of other mourners.

Traditionally black clothing is worn to a funeral as a sign of sombre mourning, but in modern times any coloured clothing is considered acceptable. However, when attending an Asian funeral, avoid wearing red clothes as this colour is traditionally associated with happiness. You will notice that the deceased's family avoids this colour for both clothes and accessories.

It is traditional for Asian families to help the deceased on their journey to the afterlife by burning fake money at the funeral. The performance of this ritual burning is because of the belief that money buys happiness after death. Therefore, if you are handed fake money at the funeral for burning, place it into the fire rather than keeping it for commemoration.

If you intend to take flowers to an Asian funeral, white flowers are appropriate as they symbolize grief. Think about buying lilies or chrysanthemums. You will notice the immediate family often wears white to show their sense of loss and suffering to the deceased. Just as with clothing, avoid bringing red flowers as there is nothing joyous about a funeral.

An open casket at an Asian funeral is a way to show the deepest of respect to the deceased. Until the removal of the dead for cremation or burial, the casket lid remains open. You can avoid being uncomfortable and not approach the coffin by being aware of this. Additionally, be mindful that a member of the funeral home will nail the coffin lid shut after closure. This tradition signifies that the dead and the living are permanently separated. During the sealing of the casket, it is traditional for everyone not involved to turn away. The reason for turning the backs is the belief that a living soul may become trapped in the coffin if a person watches the sealing process.

Knowing these four etiquette facts means you are unlikely to offend when attending an Asian funeral. Contact the funeral home for advice if you have any further etiquette concerns.

For more information on Asian funerals, contact a professional near you.